Plastics are the most useful materials invented by humans, and have brought great convenience to our daily lives but not without problems. Inappropriate disposal of waste plastics has caused serious environmental problems. Over the past decade, microplastic debris in both marine and freshwater systems have become an emerging issue.

A literature review was conducted to summarize the current state of knowledge of plastic pollution in Tanzanian aquatic systems. Although Tanzania has vast coastlines and the world’s largest freshwater lakes, the extent of microplastics presence in the aquatic environment remains largely unreported. Data from volunteer beach cleanups in Dar es Salaam areas show that typically more than 70% of anthropogenic litter along the beaches is comprised of plastics.

Due to human pressures, increased urbanization, coupled with general inadequate awareness, the potential for microplastic pollution is high. Mitigation of the effects of this pollution requires efforts from various interested stakeholders, including the local communities.

This plastic bottle Banda will allow the students to come up with amazing skills and it will be a safe space for them to interact, socialize and learn. 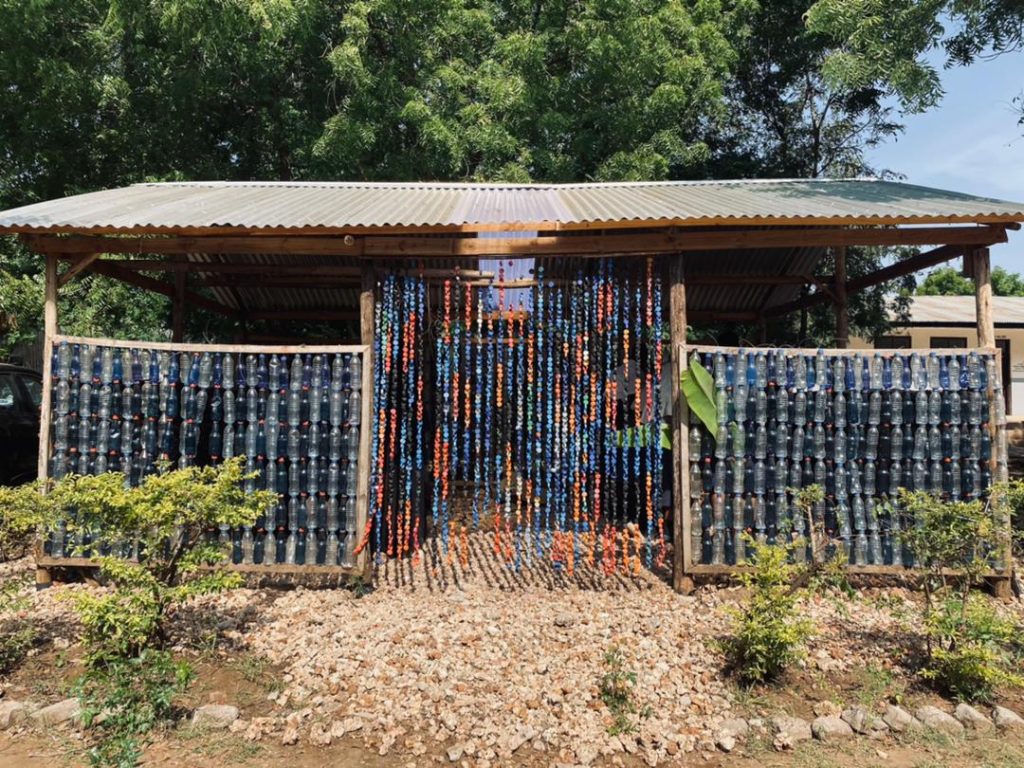